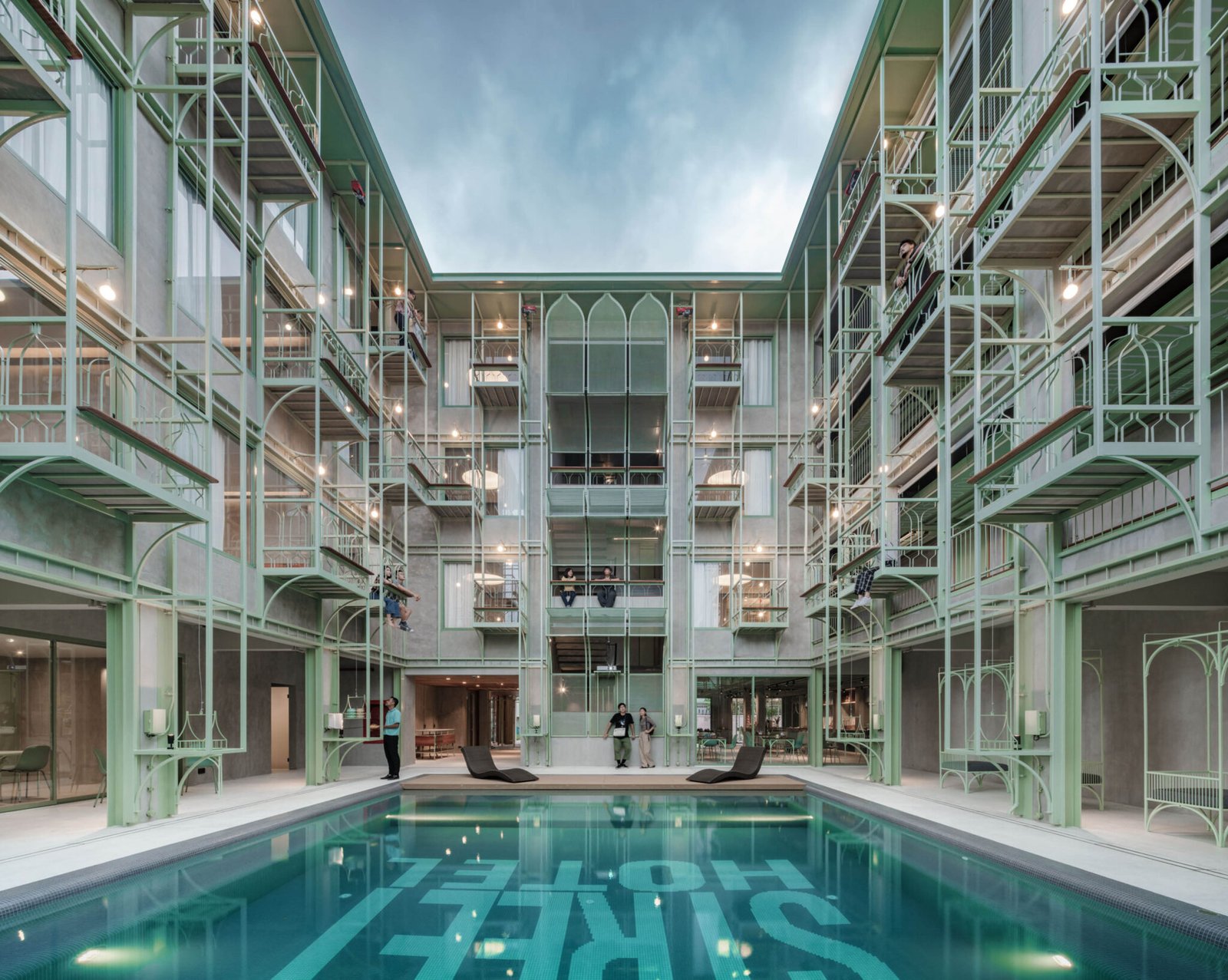 Love in the Streets

Hello, CHAT Architects! Congratulations on landing on the shortlist for the Landscape – Urban Context category at the WAF! Your project, the Samsen STREET Hotel in Bangkok, is an interesting one in that it used to be a “dark and discreet” sex motel in the Red Light District. Can you take us through the process of converting a seemingly undesirable location into a hotel that aims to promote Bangkok culture? What merits did the original building have that factored into your process?

Chatpong ‘Chat’ Chuenrudeemol, Principal Architect, CHAT Architects: There are so many hidden aspects of a culture that are deeper and more nuanced than the typical global perceptions. For example, Thailand is known for being the “Land of Smiles,” beautiful Buddhist temples, delicious food, etc. However, as with all cultures, there are aspects that are only known to natives—local secrets, you might say. The curtain sex motel, on top of being a really interesting building typology (tunnel urban building with a secret void in the middle), tells an even more interesting social and cultural story. Both of these aspects factored into my decision to repurpose the sex hotel, on top of the fact that I champion the recycling/upcycling of existing buildings whether they are historically “significant” or not. It just makes more sense than to demolish a perfectly useful building to build a new one, which is unsustainable. Rampant development is one of the root causes of the many problems we are facing in the world today.

How difficult was it to repurpose a sex hotel into something that is more inviting to a wider market? Were there certain elements you had to remove or replace?

Not difficult at all due to the fact that I chose to research this unique building type in the first place. I grew interested in it not because of its shady social reputation, but because of its remarkable architectural characteristics, such as having a street tunnel that leads to a secret court or void in the middle.

Were you also mindful of not washing over the history and flavor of the old building, despite its reputation? If yes, how were you able to accomplish this?

I am not a social activist or a moral compass for society. I am simply an architect. I research architecture and its history with a lens towards architectural uniqueness and quality, and simply document what goes on inside and around the buildings. I try not to pass judgement on the complex aspects of culture, so our mindfulness is expressed in how we consider all aspects of the building and accept that the activities that go on inside resulted in a very particular design, spatial sequence, and typology.

The best way to deal with a building with a questionable history is to consider its architectural aspects with a critical eye (again, we are architects so we should focus on what architects are trained to do). Once considered, our next task is to properly hybridize it (through the introduction of a new transformative “scaffolding”) to accommodate its new functions and turn it into something that is positive. That sensitive architectural treatment itself will legitimize its preservation and put its history in perspective.

Judging from the design of the Samsen STREET Hotel, it appears that revitalizing the surrounding context of the building was part of your goal, and even promotes a sense of community with its communal spaces. How important is it for architects to adopt the mindset of reusing and revitalizing old buildings moving forward, particularly since our cities are growing denser and more populated?

I don’t make a distinction between revitalizing old neighborhoods or adding something different to an already thriving one. My main goal is to have a piece of architecture blur the lines between public and private, to give back to public life in any way they can.  The problem with developer-driven architectural design these days is that it clearly marks what is theirs and what is not (the public). Many times, their property is off-limits to the public which ultimately leads to privatized urbanism, which ultimately kills city life.

Since 2013, you have been studying the underbelly of the Bangkok urban landscape, even coining the term “Bangkok Bastards” to pertain to “live, urban street typologies, constructed and occupied by Bangkok’s local castoffs.” Can you share some of the insights you’ve gained from your research, and how has it influenced your design approach?

Bangkok Bastards are everyday architecture created by everyday people (usually the under-privileged) to solve everyday problems. This usually means they are solving problems with limited means (money, real estate, manual labor). They are usually utilizing clever, efficient, sustainable, never-seen-before design techniques that can be a true inspiration for  “designers.”

You have been advocating for the integration of these “Bangkok Bastards” in architectural discourse, saying there is much to be learned from their “adaptable strategies” to create unique, responsive architecture. What exactly are these adaptable strategies that you believe architects can learn from, and how have you applied these in your own work?

These adaptable strategies could be anything from recycling old, cheap, discarded materials and buildings, to finding new ways to build because of legal constraints and unfair societal pressures. They employ guerilla tactics that are oftentimes questionable in legal terms but are completely innovative, authentic, effective, and amazing.

Based on your portfolio and your advocacies, it seems that you have an interesting idea of beauty. How would you define beauty? What, in your opinion, makes something beautiful? How has this personal definition influenced your architecture?

For me, no matter how beautiful a building is, the shine wears off after one occupies it after the honeymoon period, though I’m not saying that aesthetic beauty isn’t important.  There are other aspects of a building that come to the forefront,  which make you comfortable, happy, or content with the space, or annoyed to the point of wanting to leave the space. And I stress the word space, which is one of the true protagonists of architecture, not beautiful elevation.

Sustainability is something that you emphasize in your projects. How do you educate your clients on the inherent importance of sustainability for every project, especially considering that Bangkok is a low-lying city vulnerable to climate change? How can architecture contribute to mitigating the effects of climate change?

I try to avoid focusing on words or trends that end with -ism or -able, like “sustainable.” And yes, sustainability is a trend, no matter how valuable the principles are. I guess one can view my projects as sustainable, but I never set out to do sustainable architecture. I was just trying to learn from the lessons of Bangkok Bastards, who try to solve problems in efficient ways and in the process, create public spaces that can be enjoyed by many.

You once stated in an interview that “Bangkok Bastards” are the “key to finding, creating, and sharing a collective architectural history and theory for Thailand.” How would you describe the current state of Thai architecture? In what direction do you see it heading, and are you encouraged by this direction it’s taking?

The reason I started researching Bangkok Bastards was due to my dissatisfaction with my own work as well as the overall architectural design in Thailand, which are both too rooted or dependent on global language and global agendas. Projects by designers are done to kiss ass and gain approval from the global architectural community, to garner awards, to obtain international recognition. Sometimes, it is enough to just make architecture that makes your neighborhood happy, even if foreigners and other architects don’t “get it.” •

The hotel’s scaffolding concept was derived from home-made scaffolding structures initially discovered in construction worker camps by the architect (this study is part of our ongoing “Bangkok Bastards,” or Bangkok street typology research). These veranda-like structures create inside-outside transition zones necessary for dense tropical urban living in the Asian metropolis.

The two main architectural components of the hotel can be clearly perceived—the original structure is re-finished in plain polished cement plaster while the new light steel scaffolding is powder-coated in a muted green. The scaffolding consists of 3 components: the “SOI,” the “RABEANG,” and the “NAHNG GLANG PLANG.”

Cantilevered sleeping boxes projected onto the street allow for the accommodation of one extra guest in each room. These elevational extrusions, in turn, create continuous gaps that are filled with vertical “SOI” (or alley) scaffolding, allowing repairmen to service A/C condensers and other MEP systems without going through the guest room interiors. On special occasions, this utilitarian alleyway transforms into a vertical stage for neighborhood concerts.

The “RABEANG” (sidewalk terrace) colonizes the under-utilized 6-meter setback zone between the building and the property line. A canopied scaffolding connects hotel lobby and restaurant to the sidewalk, creating an urban interface for meeting, eating, drinking, and chatting between hotel guests and locals. Special mobile “street” furniture can freely “colonize” the street and sidewalks when auto traffic is closed off.

The rabeang zone also allows local food vendors to “plugin” for electricity and water to cook, serve, and sell their edibles. This social /financial collaboration between hotel owner and local vendors suggests a new neighborhood business model, one that assists a struggling yet invaluable Bangkok street food culture that is currently threatened by government attempts to “clean up” Bangkok streets.

Previously used as a drive-thru auto court to access curtained parking spots and interconnected “love suites,” the central void of the hotel has been transformed into an outdoor theater, or “NAHNG GLANG PLANG.” Inspired by local Thai rural traditions of pop-up movies at local temple fairs, this space creates a new opportunity for urban interaction. The courtyard ground plane contains a water-filled viewing lounge rather than a typical swimming pool. A new balcony typology encourages guests to dangle their feet, shut off their phones, and turn their attention to the movie screen and the company of other guests. 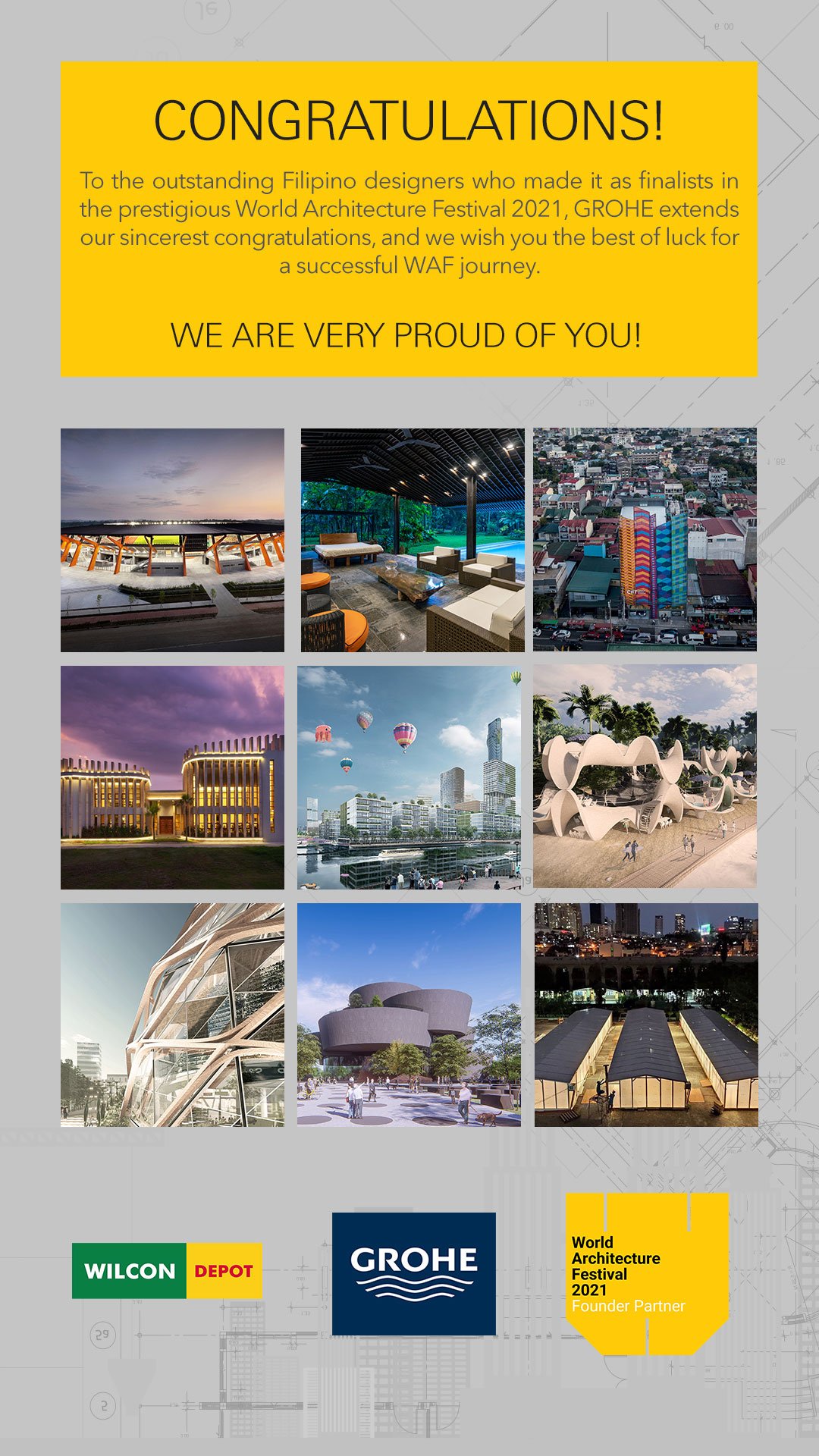 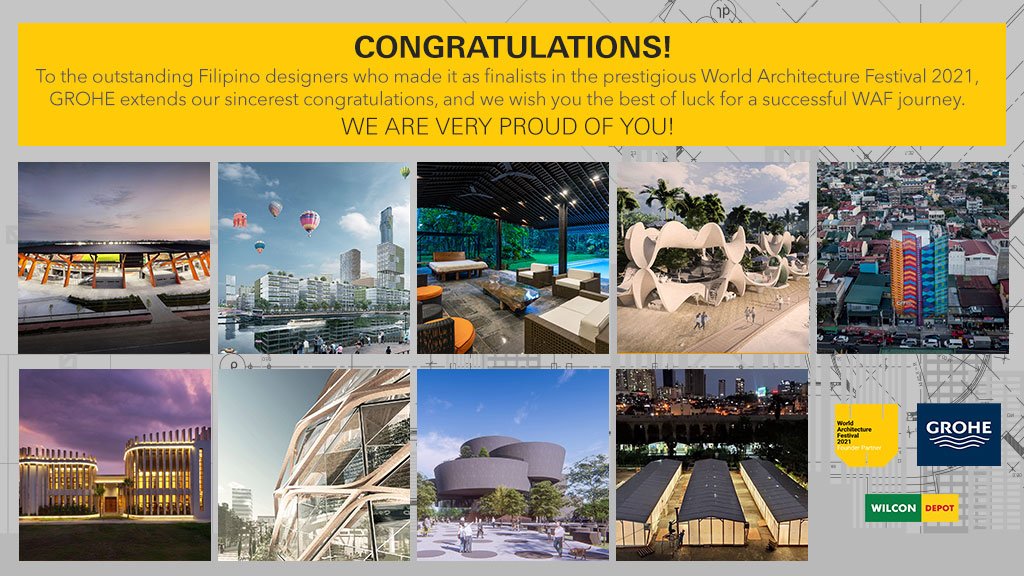