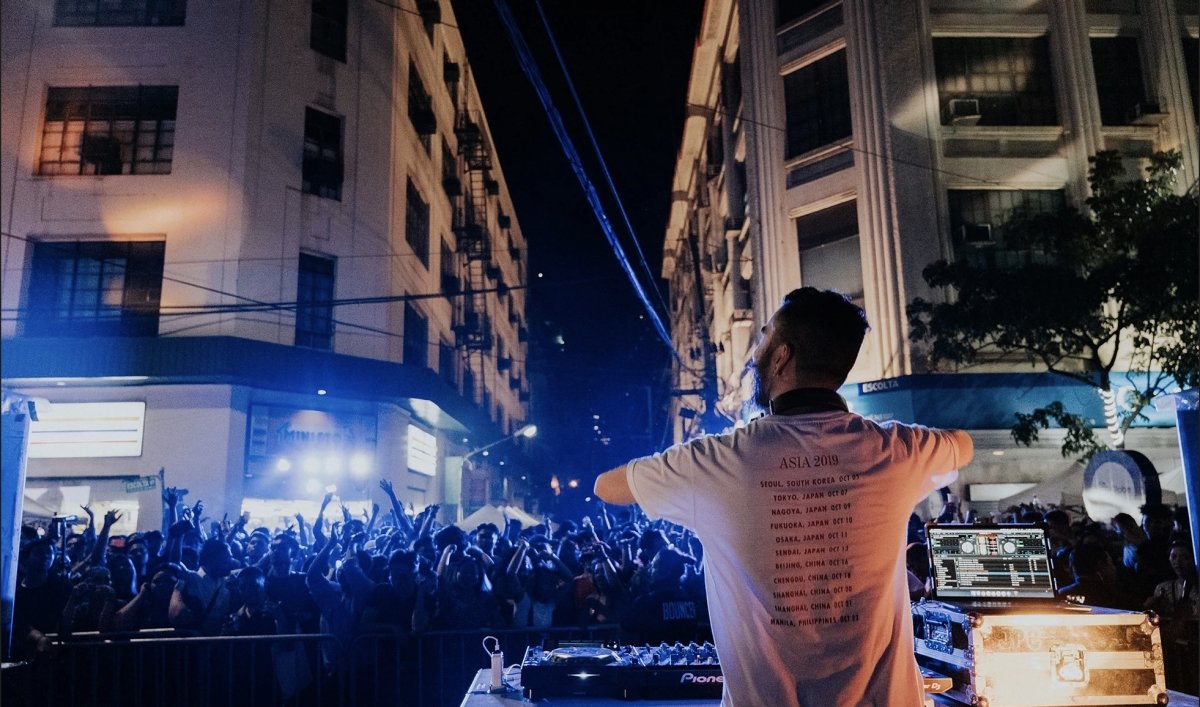 Thanks for sharing your time! Tell us about a really good day you’ve had recently.

I got exposed to COVID and tested positive this March. I quarantined for two weeks. The first time I was able to step out and stay under the morning sun felt amazing.

We hope you’re doing a whole lot better now. What or whom have you been turning to for comfort?

I’ve started writing again. I journaled daily with pen and paper to keep my thinking sharp while I was experiencing brain fog. I started writing news and editing content again for my guitar and music gear blog which we plan on launching later this year.

Do you find that your relationship with creativity has changed over the last year? Has being in one place been testy or more fruitful (as sordid as it may sound) for you as a creative?

My relationship with creativity is always changing (for better or worse). I got laid off from work as a managing editor for a global DJ site at the start of the pandemic in 2020, so I had to rethink my main source of income. I ended up focusing on producing music for myself and other artists and also reopening my recording studio business. I’ve been working out of my writing/filming studio for the last eight years, so am used to being in one place, but it’s difficult not being able to move around and be with other people because of COVID.

You wrote about defining creativity for oneself. What is it to you?

Creativity is doing and making things to understand who you really are.

The listening public knows you as a DJ and the vocalist of Halik ni Gringo, but you’ve also been in the studio with other artists as a producer. School us: what do music producers do?

A music producer is someone who creates something with another artist based on a shared vision. There are producers who have a specific “sound” (Mark Ronson, Noah “40” Shebib, Max Martin, Jack Antonoff) and there are those who don’t but have a very specific ethos (Rick Rubin, Sylvia Massy).

I aim to be someone who knows when to step in, especially when making difficult decisions, while at the same time know when to step back and just let the artist do their thing. It’s their song, and you’re just there to make it better.

What sort of difficult decisions?

Artists are sometimes so close to and familiar with the music that they’re making that objectivity becomes an issue. A seven-minute song with a meandering guitar solo works well in a progressive rock production, but will be out of place in a pop tune. I’d recommend cutting that out. But, ultimately, it depends on the song. Context is everything.

At which point of the process do artists usually come to you?

Most of the time, it’s right after the songwriting stage and the artist already has a rough demo. Sometimes, I’ll write with the artist; once in a while, I’m brought in to mix a track, which is near the end of the recording process.

When an artist approaches you with an idea for an album or a song, do you mind the message they want to put out?

Yes. I try my best to keep an open mind and I love learning about different views. But I don’t work with fascists and homophobes.

Does a music producer have a hand in innovating an artist’s sound or pushing them to experiment?

Not always—the music producer’s job is to help get the best out of the artist. All artists are different, so there are no hard and fast rules for what to do in the studio. Some like the pressure and being pushed, others avoid it completely. I try to figure that out ahead of time and approach the sessions accordingly.

I’ve been a night owl all my life until the pandemic started. Now I get up at 9 AM, do a quick workout, and then do some writing and editing for my sites vinyl.ph and gasthis.com. On Mondays, that also means recording a DJ set for my House From Home mixshow on Mixcloud.

After lunch, I’ll block off the entire afternoon to do studio-related stuff. Most of the time, that’s producing music, writing music, editing and mixing projects. I end work at 7 PM and keep the rest of the evening free for reading, playing music, and my girlfriend!

Is there any part of the job that gets you more excited than the rest?

I love the entire production (recording, mixing, and mastering). I work with artists who have songs I want other people to hear. I want people to hear what I’m hearing in my head and how great these songs are.

Is that something you can describe to us—hearing music in your head? How does one develop the skill?

When I’m sent a demo to work on, I think of how the finished song would sound like. I listen to similar music to get ideas, or I’ll listen to totally different musical styles to see what elements I can pick off that would work. It’s simple to get started, but takes a lifetime to develop: just listen to lots of music.

Do you get to choose the artists you work with?

Yes. Life’s too short to spend time with people you don’t want to be around 😊

Artists, creatives in general, tend to be protective about their ideas and craft. Have there been instances when your recommendations, say a rearrangement, were strongly rejected? How do you deal with that?

This happens all the time, and I encourage it. The studio should be a place where artists can be themselves, and there’s always bound to be something that you don’t see eye to eye on. The trick is to leave your ego at the door and to empathize with the artist. This is still a challenge for me, but I’d like to think I’ve gotten better at it as I’ve gotten older 😊

How do you know when a track or album is good to go?

I’ll sleep on a track for a few days. I’ll listen to it again and if nothing I dislike pokes out, it’s ready.

“The studio should be a place where artists can be themselves, and there’s always bound to be something that you don’t see eye to eye on. The trick is to leave your ego at the door and to empathize with the artist.”

Which albums (of all time) would you pick as totems of great engineering?

If there is one skill and/or tool that an aspiring producer should start to hone and have, what would that be?

Cultivate a love for learning. I have never worked on two projects that were ever exactly alike, and every recording session is a learning experience. If you hate learning, either learn to like it or choose a different craft.

Self-producing in music isn’t really new, but it seems to be an emerging norm. Do you see it becoming a threat to the role?

I self-produced stuff when I started, so I don’t think it’s a threat at all. It’s a foot in the door to one aspect of the music industry that’s so specialized but at the same time requires a broad set of technical things (engineering) and creative things (music-making, people skills). The role is simply evolving as informed by the dominant technologies and culture.

We almost missed out on this, but you also launched your own label last year—Floppydisks. You take pride in being an artist-focused label and are now home to We Are Imaginary, Aaron Aguila, Coeli, and Halik ni Gringo. Has that been brewing for a while, or was it fully conceived in quarantine?

Any lessons from that experience that guided the inception of Floppydisks?

It was difficult because this was a time when people stopped buying CDs already. Streaming services weren’t around yet, but when Spotify started gaining steam, we got in soon as we could so we could figure out how the economics of it worked.

Is there any specific quality (i.e. sound, personality, mindset) that you look for in the artists you sign?

Someone with a good story, similar values and is generally easy to work with 🙂

What is your vision for the label?

I want the label to explore what owning music means now that you can listen to (almost) any song for free. Does having something tangible mean anything anymore?

The challenge of reconciling artistry with commercial success is familiar to every creative field. Relative to the Filipino music scene, is this still a relevant conversation to have today? Or do you feel that the line is blurring?

You make your best work when you can focus on it, but often that reality is a privilege. I know very few full-time musicians—the rest of us have other things happening that help pay the bills. This becomes increasingly difficult as you get older, so you have to find a way to make it work, but it always helps to take yourself and your art seriously. This is how you start finding ways to get paid for it.

The tenacity of creative entrepreneurs to keep on and even introduce new ventures in the environment we have now is admirable. How do you condition yourself to face the obvious challenges of running businesses today?

I learned to accept that nothing stays the same in any entrepreneurial journey, and to appreciate how difficult and satisfying it is to make constant adjustments along the way.

How do you see our experience of music evolving post-pandemic?

Everyone can’t wait to experience things with other people in the same room, and ultimately that will be the reward waiting at the end of the pandemic. But there will be a lot of opportunities for online experiences like live streaming and VR to play a complementary role in the way we listen to and consume music and performances moving forward.

Music, check. Writing, check. Podcasting, too. Are there other creative pursuits that you’ve been wanting to explore?

I started shooting portraits of the artists I produce here in my studio and also doing little performance videos. I’m working on an NFT and doing a bit of crypto so I can understand it more. But what I’m really curious about right now is propagating Monstera. •