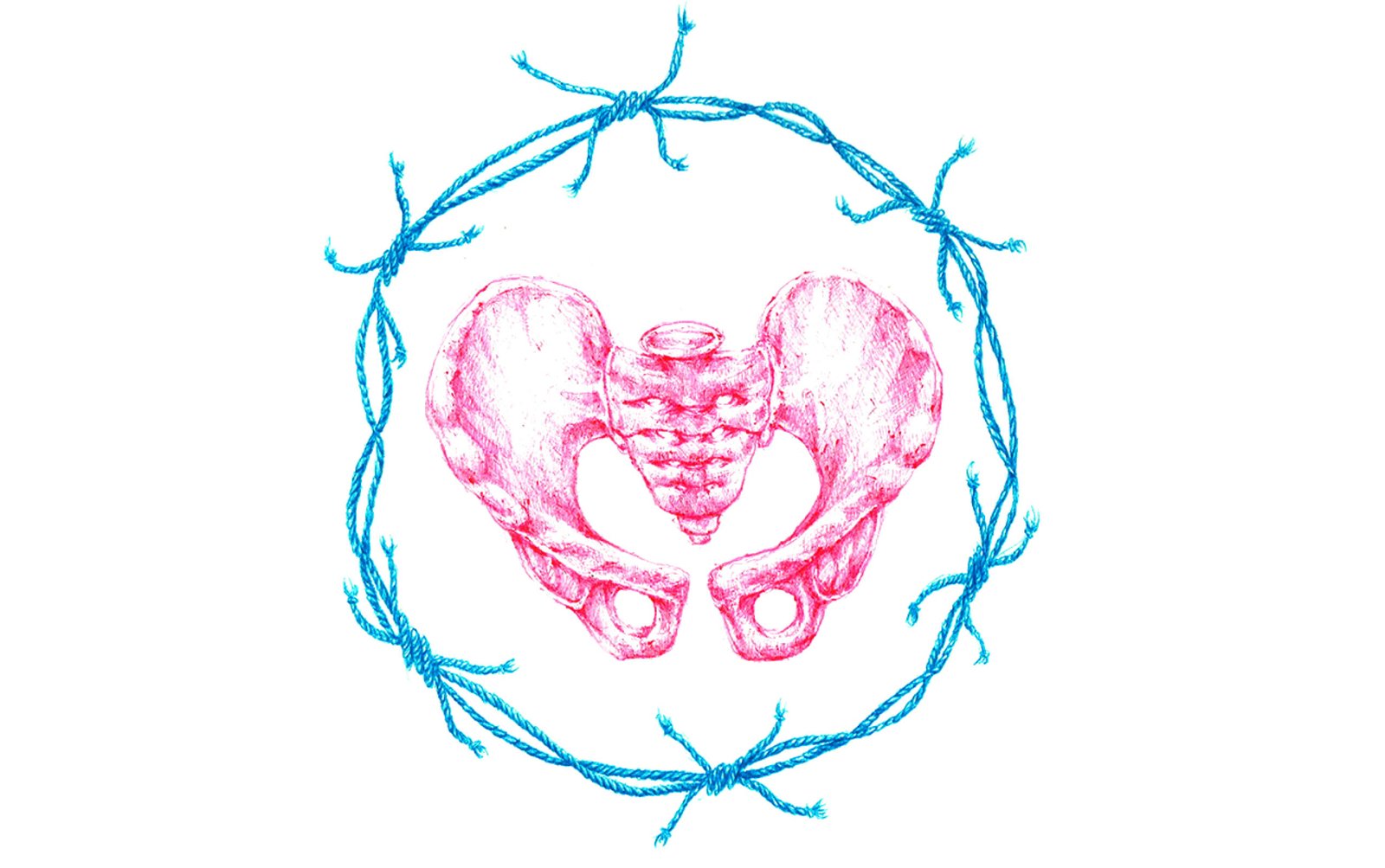 Please introduce yourself to Kanto readers. How did you get into making art?

Hello everybody! My name is Liana Maris and I like to draw.

When I learned my mother studied Art in College, my four-year-old self thought it’s only natural that I should be an artist. I grew up watching her make wedding outfits, pieces that required a lot of sculpting and beadwork, so we were never short of materials to experiment with. Out of the crafts I tried, I would always fall back to pen and paper. Drawing has been the best approach to organize my thoughts as if I’m writing them all down in a diary. It was only in my senior year in high school that I decided this is what I want to do for a living.

Your sketches often feature bones and body parts (the pelvic bone and hands, to be specific), and in some cases, the addition of an intertwining string. You also tend to be biased with color. Can you tell us why?

I’ve learned in how-to’s that the best way to study drawing people is to study anatomy. I would copy diagrams but I never got past rendering small details of hands and bones. I tend to obsess with nuanced gestures, similarly-shaped objects, and rhythmic folds or cracks.

The pelvic bone came about when I sketched myself staring into it like I was having my eyes checked at an optometrist. It looked a lot like the machine and I found it refreshing to draw after running out of ideas on how to draw with skulls. I think it was around the same time that I lost interest in drawing faces and focused on other body parts.

I tend to look at my hands or use them while I’m talking so I think they are good at expression on their own. They are also very detailed visually so I incorporate them in my drawings.

The string is based on my name, “Liana” which means to wrap or to bind. It’s strangely fitting for me because I often get wrapped up with my own anxieties. My fascination with details tends to make me overthink situations.

The colors are honestly arbitrary haha. In the past I’d try to do full-colored works because I was experimenting on how far I can draw realistic images with a ballpoint pen, using around five colors just to render skin. But as time went on, it became too distracting to use that many and the colors get muddy when I draw on a small space like my journal. When I limited my colors, it’s easier to give emphasis on different elements. Pink and light blue have been constant as they are colors hardly used in ballpoint pens.

In this issue, we’re looking at expression as the link between creativity and mental health. It’s less about the creative genius itself causing (or requiring) mental illness (some say you need madness to create something good), but creative work being a good avenue for self-expression, and self-expression as an effective relief for anxiety and stress.

Now we’re all aware of the stigmas that surround mental health, but the other thing that we think is a hindrance to productive conversations is the fact that some (usually people who are undiagnosed) romanticize the idea of mental illnesses. What are your thoughts on that? And how do you think artists can make sure that they are expressing themselves in a healthy way?

I’d encounter a lot of discussions about how sadness can help transform your work into a masterpiece. I did adhere to this idea growing up, coupled with idolizing artists who have worked themselves to the bone just to create the perfect work. It was very attractive to me when I was a teenager because it felt like the best outlet for feelings I couldn’t fully understand yet. It took me a long time to realize that to prioritize craft to the point of obsession/madness doesn’t leave you much room to really check in on why you’re making art in the first place. What is problematic with thinking that madness is a need for genius is that we forget how mental illness can hinder you in doing even what you love to do. You can’t make your grand masterpiece when madness is capable of draining you. I don’t want people to reach a point where they get mad only to understand it because reaching an extreme state of panic can be very traumatic to experience.

I still believe that a lot of work can be borne out of sadness. Creating art is a means of how to deal with and articulate what one may be feeling. But it’s also important to note that your craft shouldn’t rule your life but support it.

We’re trying to promote mental awareness as hygiene – to make “checking in” with themselves a regular, maybe even a daily habit. Is this something that you do? What’s your routine like?

I still struggle with shaking off this idea that a burnout means I’ve been diligent enough to work on my own projects. I would set quotas on sketches or ideas that tend to be overestimated because I can’t sleep without feeling I made some sort of progress. It kicks me out of laziness but the self-imposed burnouts honestly don’t do any good anymore. I’d be too drained out that I end up with no ideas to draw at all.

There’s a line in the song ‘Eat’ by Zion T. that I really like. Translated in English, it says: “Make sure to eat your meals even when you’re tired.” I’ve taken it as a reminder that I still need to take care of my basic needs to keep me functioning properly. I try my best to eat healthily, exercise daily, sleep well, and remind myself to breathe. Surprisingly, they take a lot of effort to do and a lot of time to set aside. I can’t prevent myself from being in a stressful situation but when I do these I feel that I am in a good condition to handle what life throws at me. •

This story first appeared on Kanto No. 2 2018. Edits were made to update the article.