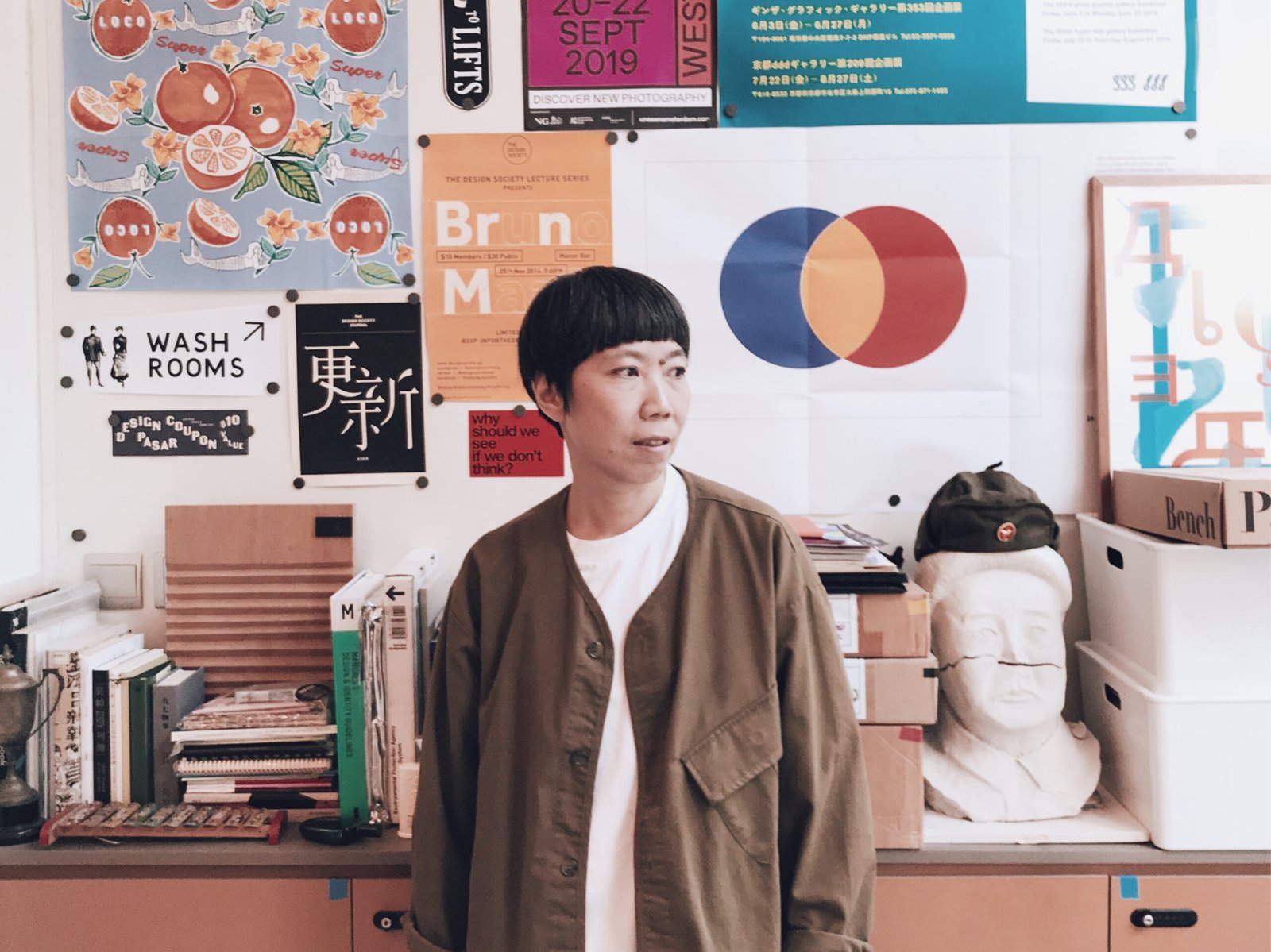 Thank you for spending time with Kanto. How is your day looking?

It’s been quite a crazy time. I just recovered from a very bad bout of flu, now trying to settle down and catch up with work. Other than that, all’s well and hanging in there amidst this strange pandemic.

It goes without saying that the pandemic has forced us all to re-examine the way we live. For some, it’s been a year of addition—new hobbies, new tools. To others, subtraction—back to basics, minimalism. Which one was it for you?

I get bored easily so there’s a couple of things that changed, haha! One of the new hobbies: I dusted off the cobwebs from my film camera and started shooting with film again. It has been a really fulfilling hobby, as I feel as if I have regained my sight again in some ways. The way film cameras create delayed gratification is really awesome, as I truly do not know what to expect from the photos until the films have been processed and developed. It is pretty awesome as the eye begins to frame things properly and see things in detail again. I feel like a myopic patient slowly coming out of gradual recovery, ditching the glasses. Also there is preciousness in each shot that is taken—it is no longer so quick and snappy and casual, but taken with care and with love and a lot of consideration. I am falling back in love with imperfection and the human quality that each of these pieces of photography produces.

Are you still working from home? How are you overcoming the challenges of a physically distant team?

Yes, we are working from home most of the time. I still hate it that we are so distant. It is definitely more efficient and fun when we are together in the same space. I do a lot of reviews, discussions, creative huddles, and brainstorming with the team at the studio daily before. We thrived best that way. For now, this is a little difficult to do. Zoom/Skype/Google Meet etc., these tools lead to fatigue after a while. Things move a little slow with the distance; the spontaneity of sharing ideas is missing now. We try our best, of course. It’s okay to work independently or at home for a short while, but I don’t see it leading to more productivity over an excessively long period of time.

Concept: Singapore International Photography Festival (SIPF) is about bringing people together through the art of photography. Capturing the festival’s dynamic spirit: a confluence of people, perspectives, and ideas, was our priority when developing its new brand identity. Where there was previously no strong correlation between the logo and festival photography, the two are now inseparable, with text enwrapping each photograph—a reminder of the personal stories and wider contexts surrounding every image. Our graphic inspiration came from editorial design, where photos and type are used together to tell stories.

To create an open, flexible brand system that celebrates the work of both emerging and established photographers, we devised a modular graphic system that can be adapted to a wide range of brand expressions and image formats. The dynamic logo mimics the movement of a camera shutter, enabling endless configurations as SIPF evolves through the years. The defining works of William Eggleston, Stephen Shore, and Saul Leiter, three pioneers of color photography, formed the basis of our color palette for a coherent yet dynamic identity across festival merchandise, print ads, digital media, and metro station exhibitions.

One of your most recent works is the branding for Figment, a co-living brand in Singapore. What was it like working on that project?

It was a very fun project as the project partner (the client as would most people call them) is very much open to our ideas and let us lead the brand direction. They initially came in only asking us to design a logo but eventually understood the importance of a cohesive brand identity system—and the rest is history. Good clients are those who are willing to be educated and to learn. I am glad they were willing to have an open mind and listen to us. As I always say, “A project is only as good as the client.”

Have your own ideas of home changed?

I guess for my new home, it will have to be designed in such a way that we can plug and work anywhere. Also, there should be a designated quiet room if need be, for important calls as well as serious quiet focus time. Also, as a place to secretly hide from my toddler daughter LOL!

Foreign Policy set up shop 14 years ago. Can you take us through some of the studio’s key milestones?

Year 3 (2009): Met a great project partner Loh Lik Peng, and we got to work on our first hospitality project THE WATERHOUSE AT SOUTH BUND and TABLE Nº1.

Moved to a new office in the Chinatown area on Mohd Ali Lane.

Concept: Figment offers beautifully furnished boutique homes, a thoughtful and refreshing take on co-living that turns handpicked spaces into vibrant platforms for local art, design, and architecture. First launched in beautifully restored shophouses in its home city of Singapore, each Figment home is designed and decorated to reflect the personality of a local designer, offering residents their own piece of the city state’s history and distinct local flavor.

Concept: Roger&Sons are next-generation carpenters; a business established by their father, it is now helmed by three young brothers. They are a blend of old and new where established carpenters work alongside younger woodworkers, experimenting with modern techniques and pushing the boundaries of woodworking. The updated logo mark consists of a more simplified version of the ampersand—an important symbol for the family business, representing kinship. The usage of a serif and a sans serif font in the logo underscores the traditional craft of woodworking with a new spirit taking it forward.

The Roger&Sons team has the vision and energy to break new ground and lead the way for the local woodworking industry. With the new branding to engage and connect with a younger generation of consumers, the brand’s visual language also embodies the energetic and youthful spirit in line with the design-led vision they plan to forge ahead with the business.

The refreshed space’s messaging is vital to bring people closer to what Roger&Sons does. It brings accessibility of woodworking and carpentry to the common folk and functions as a showcase of their work and inspirations. Naturally, wood is used throughout the space. A key design gesture in the space which @rogerandsons helped build is the repetitive interlocking and stacking of wood elements. The overall character exudes a utilitarian purpose in this high-volume space, which also allows flexible lighting configurations for their multi-purpose retail space.

The Foreign Policy Summer School is coming up. Your next batch of interns would be part of Gen Z. They are quite literally the designers of the future. How do you imagine the industry being led by them?

I think they are the lucky ones as they have parents who will let them try a career in anything they like. Going on to a creative career is no longer being balked at…they definitely will have less or zero stress-fighting against norms or conventions. I mean, traditionally, in Asian societies like ours, we are brought up being expected to pursue perceived prestigious career paths such as being a doctor, an accountant, a banker, or an engineer. That burden is no longer on them. They are free to do anything (almost) because their parents were the oppressed ones being forced by their parents to go follow the conventional paths of success. I think without such burdens, the Gen Z might have a much lighthearted take and approach to creating, which I think is a positive thing.

We have also just launched Foreign Policy Summer School: Bootcamp Edition, in response to those who aren’t able to qualify as interns. This is a program for all types of designers and is very much open to the public.

The FP Summer School 2021 Bootcamp is an off-site program put together to provide young designers with insights, tips, and tools for self-growth and expansion of minds, especially during this strange time. For this pilot Bootcamp, we have specially curated a roster of esteemed and brilliant designers who will be conducting masterclasses, workshops, and talks in the different areas of design. We hope that participants will have an opportunity to gather insights and elevate their design craft through the Bootcamp.

Kanto.com.ph readers get a 20% discount for the program. Just use the code: KANTO

In recent years, we’ve seen increasing pressure for brands to stand for something greater than what they initially write into their corporate philosophies. Do you think it’s a fair expectation? And if you do, how can design help build a brand in a world becoming more conscious?

With increasing awareness and customer sophistication, brands are increasingly getting the point; that they can be influential and have to be able to stand for something greater than their products. As designers, we can help to organize, distill and articulate that information so that it is easy for the end audience to understand, whether it is a visual, verbal, or content brand touch point. Humans are visual animals, so our roles become increasingly important (and even more heavily responsible) to help with these communications.

We’ve learned from one of your previous interviews that you love to read. Can you share some five-star-worthy titles from your shelves?

I haven’t been reading much lately but here are some good ones: